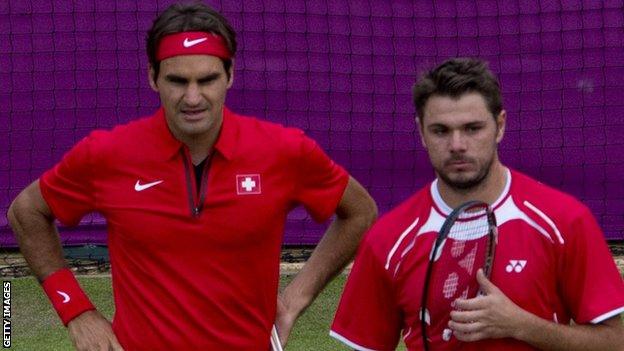 Defending champions Roger Federer and Stanislas Wawrinka of Switzerland have crashed out of the Olympic men's doubles at Wimbledon.

He will face Jo-Wilfried Tsonga have the Frenchman beat Spain's Feliciano Lopez 7-6 6-4.

World number one Federer said: "I'm disappointed but overall I'm feeling good. It's obviously a whole different feeling out there because of the Olympic Games.

"Best-of-three-set tennis is very fast. In the doubles, even more so. I think we played two good doubles and I'm playing well in the singles."

Her sister, Serena Williams, reached the last eight along with world number one Victoria Azarenka, from Belarus.