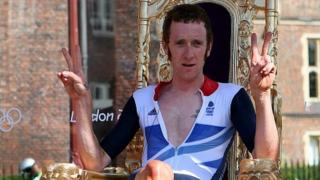 Career will never get better - Wiggins

Bradley Wiggins says winning the Tour de France and Olympic gold are achievements he will never beat for the rest of his career.

The Briton now has more Olympic medals than any other British competitor.