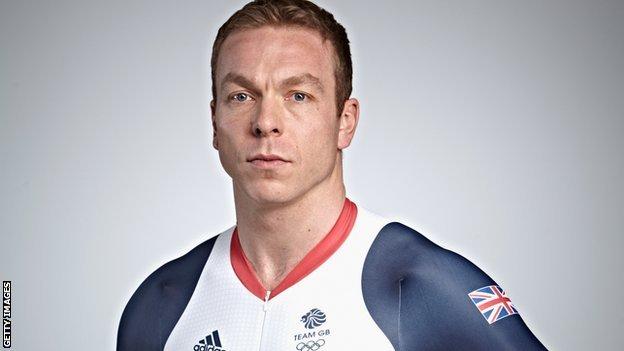 Sir Chris Hoy is confident Britain can add to their Olympic medal tally when the track cycling starts on Thursday.

The four-times Olympic champion will be going for gold in the keirin and the team sprint events.

"Since the worlds it has gone incredibly well and we have made significant strides," he said. "We are going to be at our best since Beijing."

Britain won seven golds, three silvers and two bronzes on the track at the 2008 Games in Beijing.

"The teams are so close that any medal would be an achievement, but that's not saying we are not looking to win gold," Hoy added.

"It is so close between the top teams that, if you are in the mix, you can win any colour."

The Scot, 36, only has the chance to defend two of the titles he won in Beijing after Jason Kenny was selected ahead of him in the individual sprint.

But the duo will link up again in the team sprint event, just as they did to take gold in 2008. This time they will be joined by newcomer Philip Hindes.

"I would love to be defending all three titles but now I can focus on my two events and it takes the pressure of the workload down a notch. It is one less thing to worry about."