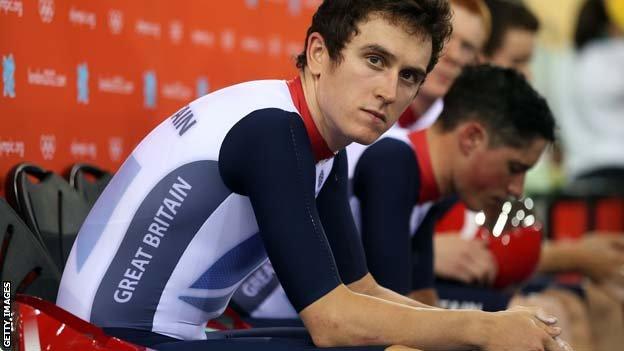 Boxers Fred Evans and Andrew Selby reached the quarter-finals with a points victories.

Dai Greene began his 400m hurdles quest for gold with a 48.98 seconds win in heat three and Rhys Williams qualified as one of the fastest losers.

In the sailing, Hannah Mills and Saskia Clark finished their opening day top of the 470 class rankings.

There was mixed news in the Aquatics centre where Jemma Lowe helped the 4x100m relay medley team reach their Friday evening final.

But fellow swimmer David Davies' Olympics is over after he finished seventh in his 1500m freestyle heat in 15:14.77, in all likelihood bringing to an end a career that has spanned three Games.

Evans lost to Egidijus Kavaliauskas at the 2011 World Championships, but the Welsh welterweight demonstrated his full range of punches after a cagey start to prevail 11-7.

Selby had a bye in the first round of the 52kg category, and was given a tough examination from Ilyas Suleimenov of Kazakhstan before winning 19-15.

The 22-year-old from Cardiff sealed his place at London 2012 after defeating England's Khalid Yafai in a box-off and is a realistic medal hope as he currently stands as number one flyweight amateur in the world.

Mills and Clark finished sixth in their opening race at Weymouth, but underlined their pre-Games standing as favourites by winning the second.

The duo have eight more races ahead in their challenge for gold.

In Cardiff, Japan beat Brazil 2-0 in the quarter-final of the women's football at the Millennium Stadium.