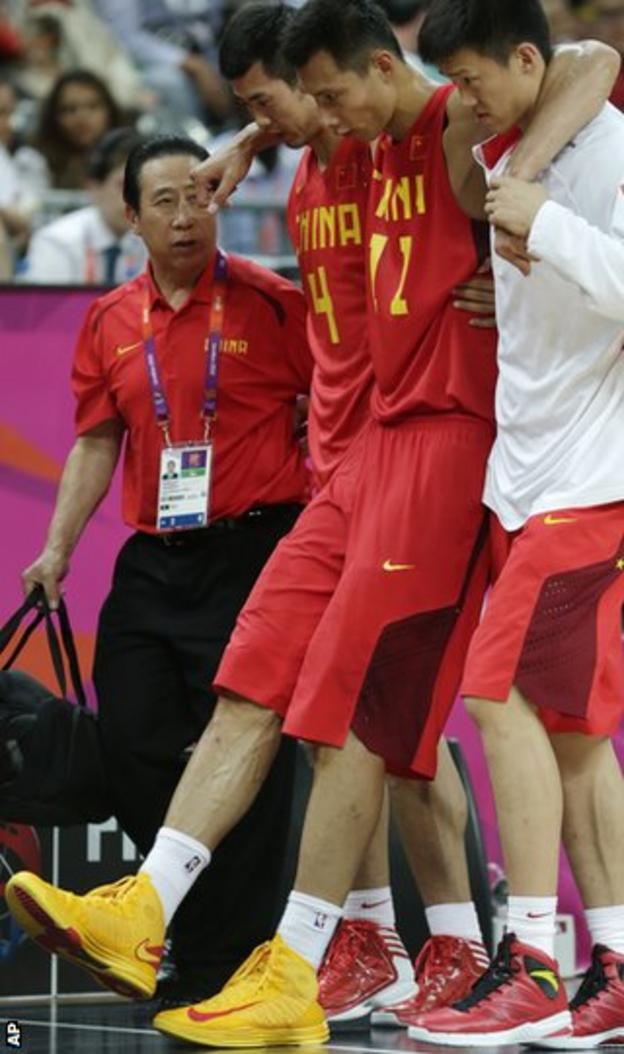 China's NBA star Yi Jianlian suffered a knee injury during an 81-61 defeat by Australia in the men's basketball.

The Dallas Mavericks player had to be helped off the court by team-mates as China slumped to their third defeat.

Coach Bob Donewald said: "He took a bang just above the knee, not on the knee. We'll have to see how he is."

China must win their final two Group B matches against Brazil and Great Britain to have any chance of qualifying for the quarter-finals.

Australia coach Brett Brown says Yi will be a big loss for China.

"He commands different types of defensive adjustment," he said.

"They get good three-point shots because he makes it tough on the inside."

Patrick Mills scored 20 points and David Andersen added 17 points as Australia put themselves on the verge of the knockout stage.

"It meant a lot to win," Andersen said. "If we hadn't it would have been hard to make it to the next round. We show character when our backs are against the wall. We worked as a team."

Captain Matt Nielsen said: "That was a must-win for us. These are the ones we have to get."

France are on the verge of a place in the quarter-finals after an 82-74 victory over Lithuania while Argentina saw off Tunisia 92-69.