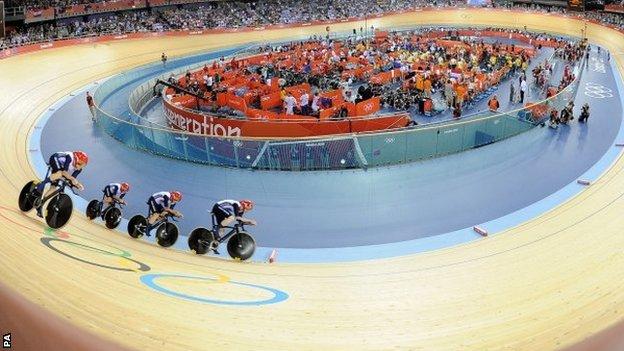 Britain's men's team pursuit quartet stormed through qualifying with a world-record display at the Olympics.

That was nearly a second quicker than the record they set when winning the World Championships earlier this year.

Eight teams will take part in the first round on Friday, with the top two qualifying for the gold medal match and the next two battling for bronze.

The British performance was the ideal tonic for the packed venue as an hour before they had witnessed the shock disqualification of the women's team sprint pair, Victoria Pendleton and Jess Varnish.

They had been all set to fight for the gold medal against China but their elimination silenced the very partisan crowd.

That all changed, however, when the men's pursuit team repeated the trick they pulled off in Beijing, where they also set a new world record in qualifying. Two days later they won Olympic gold - a repeat of that would be very popular here indeed.