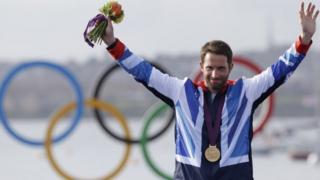 Ben Ainslie clinched his fourth gold medal in successive Games to become the most decorated sailor in Olympic history.

He was awarded his gold medal in front of cheering crowds in Weymouth.