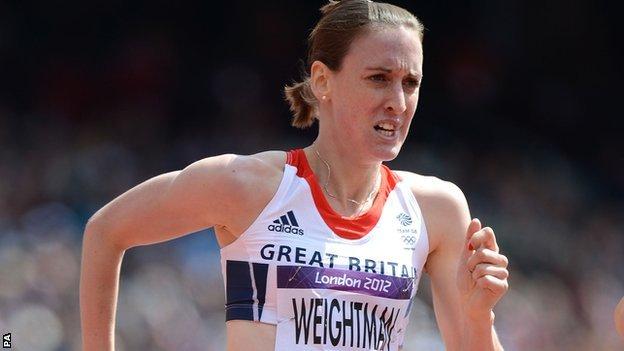 Morpeth runner Laura Weightman has said a cool head was the secret to her qualification for the womens 1500m semi-finals.

In her debut Olympics the 21-year-old finished sixth in the heats to book her place in Wednesday's semis.

"I tried not to panic and to stay calm, and work my way through the field," Weightman told BBC Sport.

"I knew they'd come back to me, I relaxed in the last 200 and the crowd really helped me get to the line."

Weightman, who is coached by Steve Cram, finished strongly in a race that ebbed and flowed in terms of pace, won by Turkish athlete Gamze Bulut.

"I'm pleased to get in the top six, the pace felt faster than it was and kept changing and chopping," she added.

"It felt shocking, but I kept calm and my last 200 metres were the best of the race.

"The crowd was unbelieveable, when my name was announced it was a brilliant feeling and the crowd helped me get around that race."