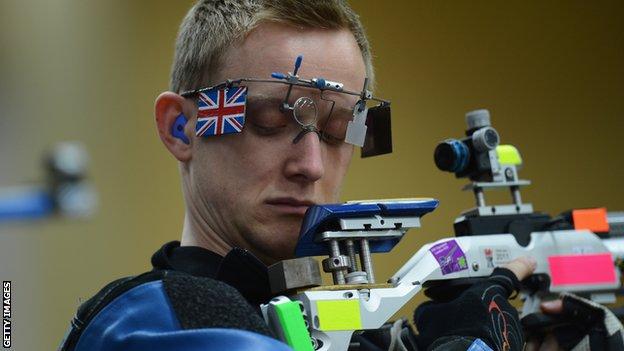 Essex's James Huckle believes he has "matured" as a competitor despite being unable to challenge for a shooting medal at London 2012.

"I gave it my all, I've learned a lot and going forward I feel like I've really matured as an athlete," he said.

Last year he broke Malcolm Cooper's 22-year-old British record for three positions and believed it provided his best chance of making an impact in London.

"I didn't make the final which was my goal, this is my event," he added.

"I wanted above 390 after the prone and got 392. My standing was nearly perfect, steady 96s, but it's all down to the kneeling unfortunately.

"I knew if I put in a slightly above average score I'd be in the final, but I think the pressure got to me."