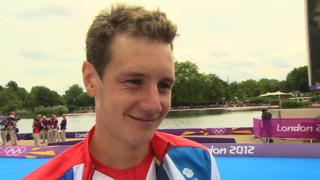 His younger brother Jonny needed medical attention for fatigue after he finished the race in bronze-medal position, despite being given a 15-second penalty.

Alistair spoke of his frustration at Jonny's penalty, saying that "[penalties] ruin the sport of triathlon".