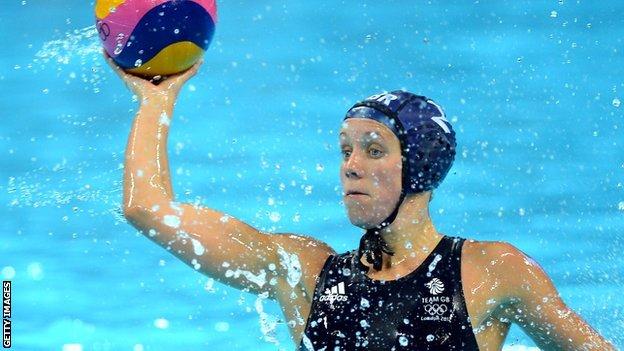 The Team GB women's water polo side's bid for fifth place at London 2012 came to an end at the hands of Russia.

GB took the lead through a goal from Angie Winstanley-Smith, but eventually lost 11-9.

Britain will now face Italy - who lost to China - on Thursday in the seventh-eighth place play-off.

USA reached Thursday's final by beating Australia in an 11-9 thriller after extra-time and will face Spain, who edged past Hungary 10-9.

"We seem to be coming within inches of these top teams in the world, but we just don't know how to win yet," she said. "We're so close, but we're just not quite there."

Thursday's bronze medal match between Australia and Hungary takes place before the final, in which the United States will start as favourites.