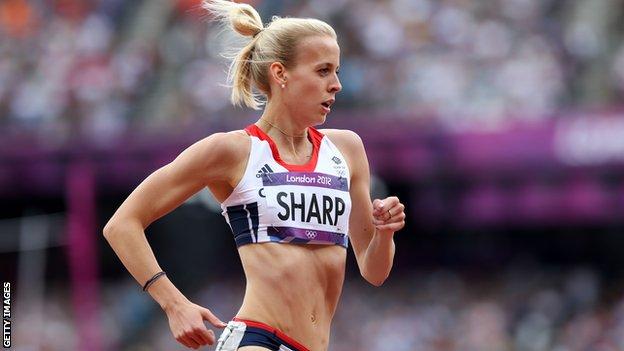 Scotland's Lynsey Sharp praised her coach after qualifying for the 800m semi-finals at the Olympics.

Sharp, 22, was second in her heat, running in 2:01.41 to advance, as American Alysia Johnson Montano and Kenyan defending champion Pamela Jelimo also all comfortably qualified.

"I just tried to concentrate on my race. I am in great shape," said Sharp.

"I have to thank my coach. He has prepared me so well and I have really grown as an athlete."

Sharp, who was chosen to represent Team GB ahead of four other British athletes who had run faster qualifying times, said the crowd had inspired her.

"I came to watch a couple of nights ago to get used to the crowd but I don't think anything can prepare you for it," she said.

"I had this ringing in my ear because the crowd was so loud but it was good because it made me forget everything else."