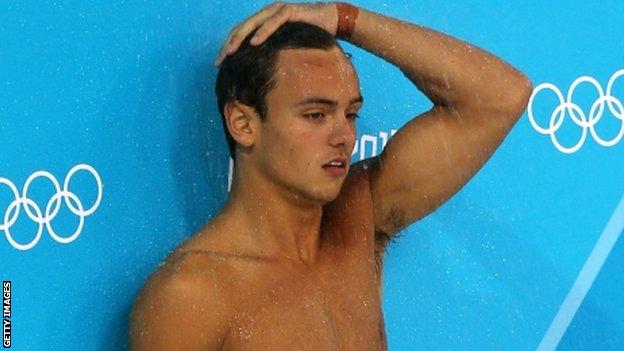 He knows not many athletes get a second chance, particularly at their home Games.

But Taylor, who took silver in Athens with Waterfield, has backed Daley to deliver in the individual final.

"Tom has been on the podium all year on the world stage, so is definitely in medal contention," Taylor said.

"He is fit and healthy and he has a chance.

"The Chinese are in a class of their own, but Ilya Zakharov of Russia showed the other night that they are not unbeatable."

Daley came into the Games as one of the faces of the Olympics and has seen Team GB exceed expectations with a raft of medals.

Taylor believes that will lift the teenager. "Tom has seen all the British success of the last week and he is inspired by it," he said.

"He has been waiting for his second chance to perform and I don't think he feels any pressure at all. He knows not many athletes get a second chance, particularly at their home Games. He is ready."

The 32 divers entered into the field, including Daley and Waterfield, begin their campaign on Friday in the preliminary rounds (1900 BST start), with the top 18 going through to Saturday's semi-finals.

The top 12 then compete in the final, which takes place at 20:30 BST on Saturday.

"It is a marathon effort," said Taylor. "They will basically have to dive for 24 hours solid and it's not the best piece of planning. But it's the same for everyone.

"It's not like the 100m. They don't have the option of coasting over the line. It is very competitive and they will need to bank six strong dives, but I expect Tom and Pete to both qualify comfortably."