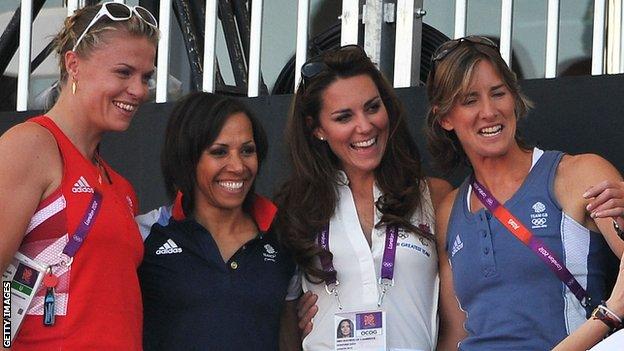 Team GB had 125 medallists at London 2012, including team sports, and female competitors made up 39% of this total.

Holmes told BBC Radio Kent: "Women have never really been given the credibility in sport they should have received.

"There's always been talk about media coverage and now it's critical we reap the rewards."

She added: "For females, they really have a direct impact as role models for teenage girls; to show you can be someone who does not have to worry about your body image.

"It's about trying to get those girls to have more self-esteem and this has now given them a sense of 'look at what we can do'."

For the first time, Great Britain was represented in women's football, synchronised swimming (team) and handball.

Holmes, who won gold in the 800m and 1,500m at Athens in 2004, believes these athletes must seize the momentum generated by the Games and follow through on London's aim to "inspire a generation".

"They're pretty, they're fit and they're healthy," said Holmes. "They've always been good, they've just never got the recognition for it.

"Now they have more funding and support because they are part of a structured environment. They have more opportunities and the results have come through."