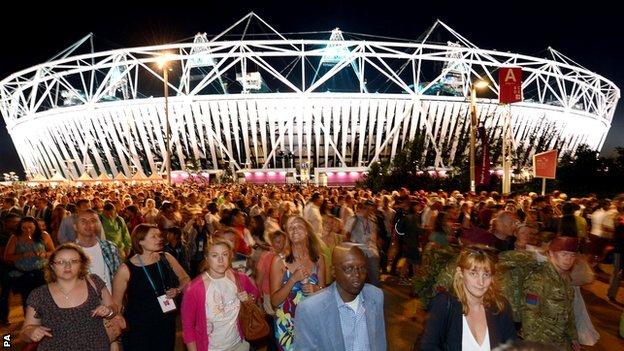 Not for the first time West Ham find themselves chosen as the preferred bidders to become the long-term anchor tenants for the Olympic Stadium.

No shock there. With the greatest respect to the other three bidders (Leyton Orient, a football college and a Formula 1 consortium) this has long been a story about whether the Premier League club could agree a deal with the London Legacy Development Corporation.

But amid all the talk of Wednesday's board meeting being another significant milestone, it feels like we are even further away from resolving this seemingly endless affair.

London Mayor Boris Johnson spoke afterwards of the need for West Ham to improve their offer and talked up the possibility of pressing on without Premier League football.

Much of that was grandstanding. But if the two sides are no closer now to agreeing a deal which protects the public purse at the same time as acknowledging West Ham's position as the only realistic bidder in town, it is difficult to see that changing very much in the future.

Johnson and his advisers say they want West Ham to agree to share a significant slice of any future profits their owners might make from selling the club. With the vast majority of the £150m cost of converting the stadium coming from the public purse, they feel it is only fair that the taxpayer should share in any upside in the future.

They also argue, correctly, that securing a 99-year lease to one of the world's most famous stadiums will increase the value of the team.

David Gold and David Sullivan, who acquired a 50% stake in West Ham for about £50m in 2010, insist the club will not be sold. But one supposes they made similar mutterings at their last club, Birmingham City, before they did a deal with the Hong Kong businessman Carson Yeung.

Securing a final agreement with West Ham is not simply a case of ironing out this problem. The overall commercial package not only includes an annual rent but proposes how ticketing, commercial and catering revenue should be divided up between tenant and landlord. There is also the added issue of naming rights for the stadium.

West Ham argue that their presence in the stadium not only brings added value through the 1.5m to 2m spectators they would bring to the venue each year but added commercial value for sponsors and corporate clients. In short West Ham would be the glue which binds the whole Olympic Park together.

They may have a point. But the LLDC seems to be increasingly confident that it has a plan B if talks with West Ham break down.

Without the need to add retractable seating and extend the roof over those new seats, the cost of adapting the stadium from its Olympic 80,000 capacity to a 60,000-seater venue with permanent toilets, some corporate hospitality facilities and new turnstiles would be much lower.

It could reopen by 2014, meaning it would start bringing in income (redesigning it for football could take until 2016) and the LLDC says it is confident of bringing in enough sporting events and concerts to complement the core track and field function.

Despite that confidence there will also need to be an annual public subsidy of around £2m a year.

The Mayor insists he is prepared to make that bold decision but the question he is grappling with is whether it is better to commit to an annual drain on the taxpayer or be accused of selling off the iconic venue to a wealthy football club far too cheaply.