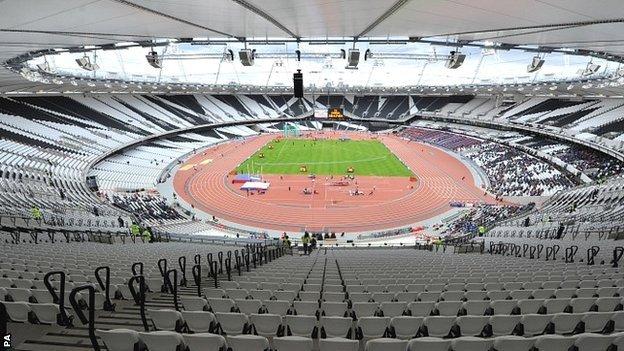 West Ham's selection as anchor tenants of the London Olympic stadium might have always been the logical choice. But it was a process accompanied by controversy and intrigue.

On Friday arguably the most unedifying chapter in the saga was brought to a close when three men were fined for spying on West Ham during the bidding contest.

There will also be funding from London Mayor Boris Johnson's budget

Although Tottenham - rival bidders for the stadium back in 2011 - hired Hill to investigate the tender process the club have always strongly denied any knowledge of criminal activity.

Today the judge Alistair McCreath, said that Hill - who in turn hired Forrest and Stewart - had by various strategies unlawfully gained access to emails, phone and bank records.

Among the victims was Karren Brady - the West Ham vice chairman and star of the TV show The Apprentice, whose mobile phone records were obtained by a man pretending to have her authority.

But the true extent of the operation was only revealed for the first time today with West Ham's co-chairmen David Gold and David Sullivan also targeted along with four senior members of the legacy company board.

In addition to trying to dig up anything which might help swing the bid back in Tottenham's favour (remember this was an earlier tender process - West Ham went through it all again and secured a 99-year lease for the venue in March this year), the main point of the exercise seems to have been proving inappropriate contact between West Ham and Legacy Company executives.

While Tottenham say Hill and PFK were never authorised to carry out any illegal snooping on West Ham and the Legacy Company, the case demonstrates once again how bitter the contest for the stadium was.

And at a time when some newspapers are facing intense scrutiny for hacking, this story also raises serious questions about how some companies gather sensitive and commercially valuable information.