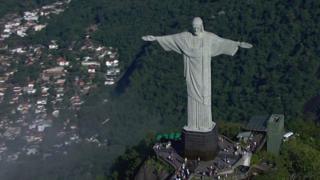 Will Rio be ready for the Olympics?

With 18 months to go until the Olympics in Rio de Janeiro, BBC Olympic sports reporter Nick Hope takes a look at the progress and problems organisers are experiencing as they race to be ready for the 5 August 2016.

Water pollution, a controversial golf venue and protest threats are just some of the issues facing Rio 2016 officials, with lobbyists claiming public money has been "wasted" on the Games.

However, Joaquim Monteiro, president of the Municipal Olympic Committee in charge of preparing venues, insists the Games will be ready "on time and on budget".