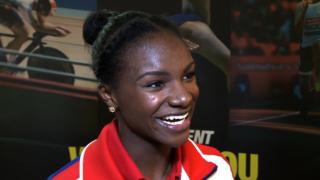 Great Britain's athletes look ahead to the 2016 Olympics in Rio de Janeiro as this week marks 500 days until the Games begin.

Next year's Olympics start at the Maracana Stadium on Friday, 5 August and sprinter Dina Asher-Smith says Team GB will try their best to improve on their showing of 65 medals at London 2012.

Boxer Joe Joyce has already set his sights on becoming super-heavyweight Olympic champion after winning the Commonwealth crown at the Glasgow Games, while hockey player Kate Richardson-Walsh wants to recreate the "Olympic spirit" when the British hockey team reunite for a fixture against Japan next month.