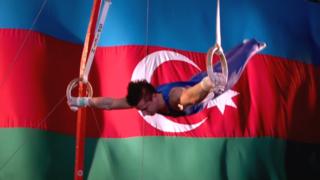 What are the Euro Games all about?

Organisers hope that the tournament will become a major qualification event for future Olympics, but critics say the sport calendar is already busy enough, whilst some have suggested the country should not be hosting the event owing to its poor human-rights record.

With a month to go until the Games BBC Sport's Nick Hope looks as some of the challenges facing Baku 2015 and whether the event is here to stay.