Great Britain have revealed their kit for the 2016 Olympics and Paralympics as Rio de Janeiro marks 100 days to go until the Games.

It is in the colours of the Union Flag - red, white and blue - and, as in 2012, was designed by Stella McCartney, in collaboration with Adidas.

The design features a new British coat of arms created to act as a unifying symbol across the two teams and sports.

Olympic and Paralympic hopefuls modelled the kit at the launch.

The kit will be 10% lighter than four years ago and is made from a breathable synthetic fabric in order to help athletes go further and faster.

Ennis-Hill said: "It's an amazing design and I think it will give British athletes a massive sense of pride and give us an edge in Rio."

UK Sport has predicted Britain could win as many as 79 medals in Rio, where the Games begin on 5 August.

Mo Farah will be attempting to win another Olympic double after taking 10,000m and 5,000m gold in London, while Ennis-Hill will defend her heptathlon crown.

Performance analysts Gracenote have predicted both to win medals again in Rio.

They also believe Team GB will fall "somewhat short" of UK Sport's target but will win 49 medals, which would be their best haul when not acting as hosts.

The 2016 Games have been beset by organisational problems, with Brazil in a deep recession that is affecting all aspects of the Olympics.

Organisers recently had to scrap plans for a 4,000-seater stand at the rowing and canoeing venue as part of a $500m (£353m) cost-cutting measure. 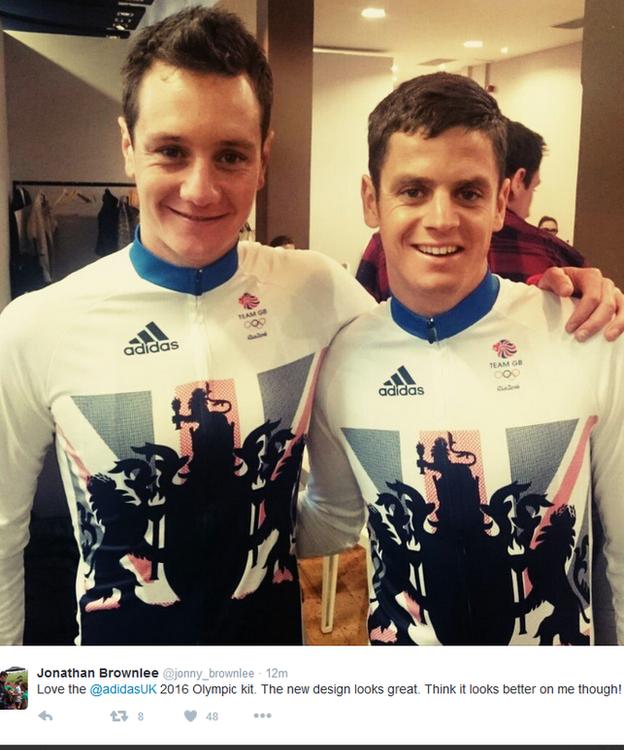