South Africa's Caster Semenya won Olympic gold in the 800m but Great Britain's Lynsey Sharp missed out on a medal as she finished sixth.

Semenya, 25, set a national record to win in one minute 55.28 seconds and finish well clear of silver medallist Francine Niyonsaba of Burundi.

Semenya, who has been subject to gender testing, won silver in 2012.

She finished behind Mariya Savinova in London, but since then the Russian has been named in a doping report and could receive a lifetime ban.

"Every athlete's dream is to win a medal, especially in the Olympics," said Semenya, whose winning time was two seconds adrift of the world record of 1:53:28, set by Jarmila Kratochvilova, running for Czechoslovakia, in July 1983.

Semenya has faced continued questions over her eligibility to race since her impressive 2009 World Championship win as an 18-year-old, with concerns raised that she should not be able to run as a woman.

She has since been diagnosed with hyperandrogenism, which means her testosterone levels are far in excess of the vast majority of women.

Semenya spent 11 months on the sidelines while she had tests but was eventually cleared to compete in 2010.

Find out how to get into athletics with our special guide.

New regulations requiring female athletes to take testosterone-lowering medication if their natural levels were above a certain mark were introduced in 2011 but then suspended for two years last July.

Speaking after her victory, Semenya preferred to focus on her gold medal rather than "talk about some speculation".

As for Sharp, she said she had been trying to avoid discussing the issue, but she added: "It is out of our control. We rely on people at the top sorting it out."

Asked about her critics, Semenya told BBC Sport: "They're building your strength. They're making you a better person. People should learn how to unite. Sport is all about uniting people and not discriminating. I feel sorry for them." 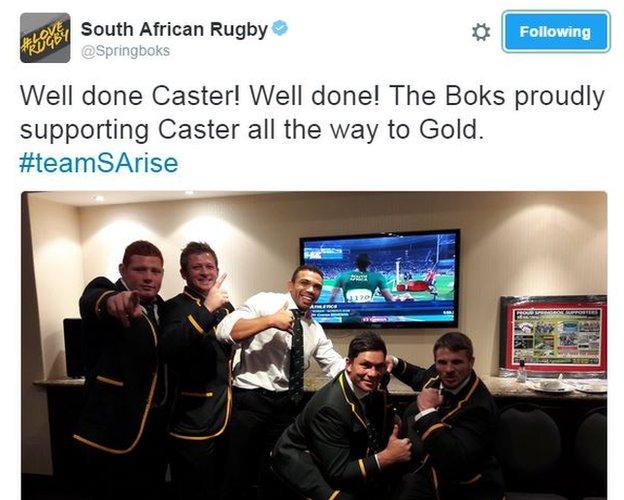 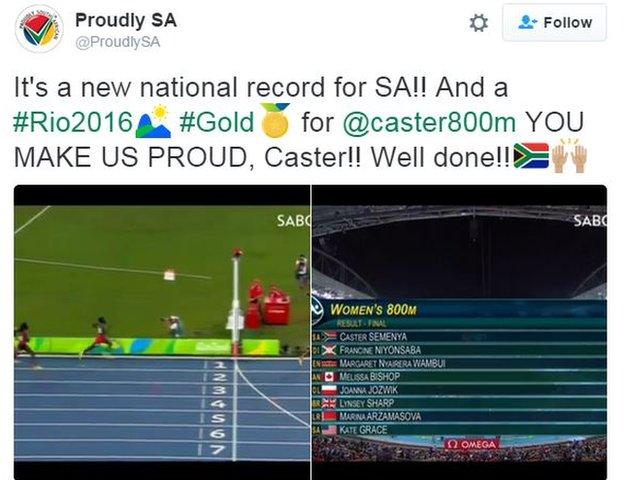