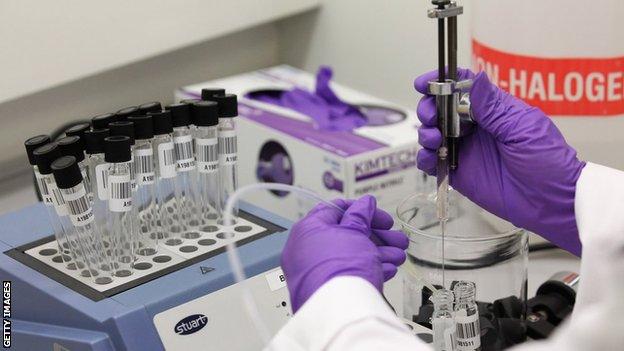 A further 45 athletes have tested positive for banned substances after a second set of samples were re-analysed from the London and Beijing Olympics.

Of these, 23 were medallists from the 2008 Beijing Games, according to the International Olympic Committee (IOC).

On Friday Turkish weightlifter Sibel Ozkan was stripped of the silver medal he won in Beijing for doping.

IOC president Thomas Bach added that his organisation was committed to the "fight against doping".

All athletes found to have infringed anti-doping rules will be banned from competing at the Rio Olympics, which begin on 5 August.

The latest results bring the total number of athletes who have tested positive from 2008 and 2012 to 98.

Two more sets of retesting are due to take place as the crackdown continues.

The athletes, relevant national Olympic committees and international federations are in the process of being informed about the latest test results.