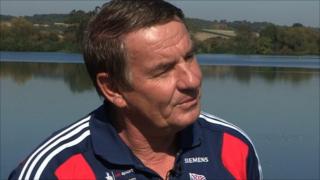 Jurgen Grobler, rowing coach for Great Britain's heavyweight men, admits he will have to tell some of his squad this year that they will not make it to London 2012.

One of his biggest decisions is over which his top crew will be - the pair, four or eight - and he tells BBC Sport's Emma Cook he has a good idea what he will choose.

First, though, comes a winter of selection trials before the summer season begins in May.