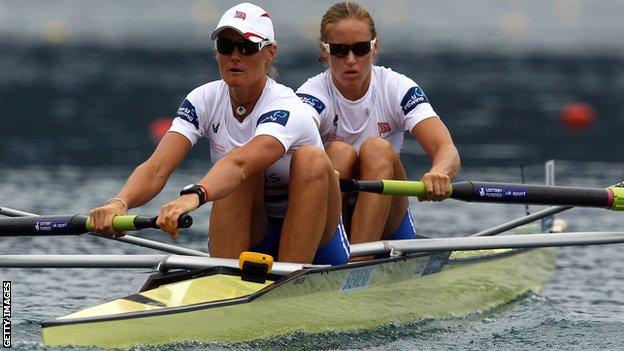 London 2012 rowing hopeful Helen Glover says she is "relieved" to have won the Olympic trials.

Glover, from Cornwall, and partner Heather Stanning eased to victory in the final of the women's pairs at Eton.

"In the final had a good lead at half way and carried on and won it," Glover told BBC Radio Cornwall.

"I had 15 friends and family come to watch and I think when you put a couple of zeros at the end of that come the summer it's going to be brilliant."

And with the World Cup regattas coming up Glover hopes her successful partnership can remain together.

"Fingers crossed Heather Stanning and I will stay in the women's pair," she said.