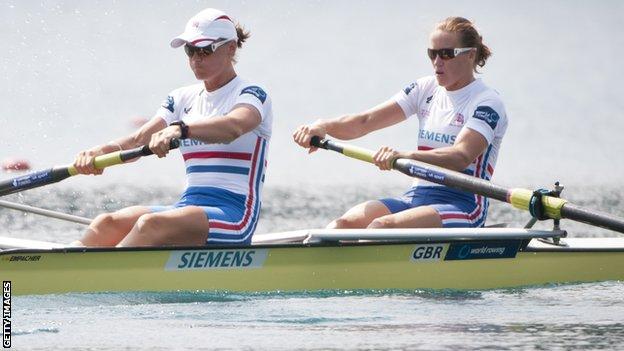 Cornwall's Helen Glover says she is proud to have kept her place in the GB rowing team's coxless pair for the upcoming World Cup regattas.

Glover and her partner Heather Stanning won silver at the 2011 World Championships and won the British Olympic trials.

"We were pretty confident about staying in the boat but nothing's guaranteed in this sport," she told BBC Cornwall.

"We're really proud to have the opportunity to stay as a pair again."

And she says it is now up to her and Stanning to prove that they are worthy of a place at London 2012.

"The World Cup is used to test out crews. The GB selectors will be looking at how people do at the World Cup, whether they stay in those crews, and how they progress through to the Olympics.

"The World Cup regattas aren't necessarily just about winning, they're about experimenting and learning about your crew before you go into the main event which is the Olympics.

"We've not got to worry too much if the outcome isn't always a gold because actually what's most important is that we progress and we learn for the games.

"But obviously winning, and going into the Olympics as winners, would be good."