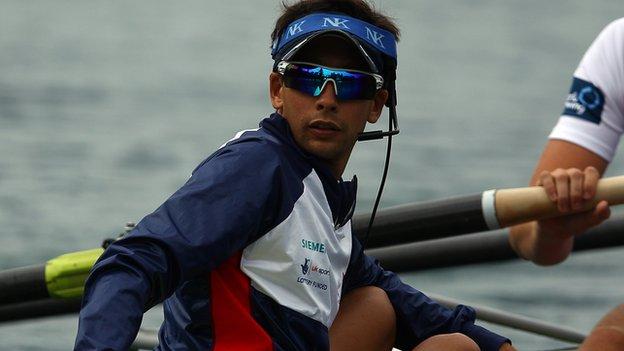 Two-time world silver medallist Phelan Hill will cox the men's eight in Olympic year after an appeal over the selection process was rejected.

An appeal presented by Rowley Douglas was heard in Henley on Thames on Tuesday but not upheld.

Hill, who has been in the role for three years, had faced competition from Douglas and Acer Nethercott.

The first World Cup regatta of the year begins in Belgrade on Friday, with the Olympic squad named on 6 June.

Phelan took over the role from Nethercott after Beijing and has had a good level of success, winning silver medals at the World Championships in 2010 and 2011.

"They have got Olympic medals, I don't," Hill, whose day job is working for the Treasury, told BBC Sport last month. "I have got two world silvers, they haven't. I've been in the boat for the last three years, they haven't.

"I guess for me, it's frustrating that it's happening this late in the day. I've done the hard work for the last three years and then a couple of other people want to jump in for the last six months and enjoy the fact it's a home Olympics.

"At the same time, I back myself in what I can do, and I'm confident if I do what I've been doing for the last few years then the correct result will come out.

"The competition has really driven me on and that's been a massive positive."