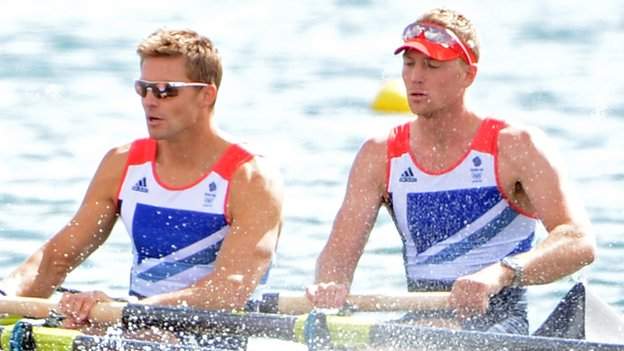 The duo, who won gold as part of the coxless fours at London 2012, had been due to race in the men's pairs, won by Andrew Triggs Hodge and Mohamed Sbihi.

George Nash, who won bronze at London 2012 with Will Satch, was second as he paired up with Rowan Lawson.

The equivalent women's event was won by Beth Rodford, a world quad gold medallist, ahead of Vicky Thornley.

The women's event was dominated by Imogen Walsh and second-placed Kathryn Twyman.

The five-discipline meeting was a chance for GB Rowing to assess the form of established and emerging British rowing talent.