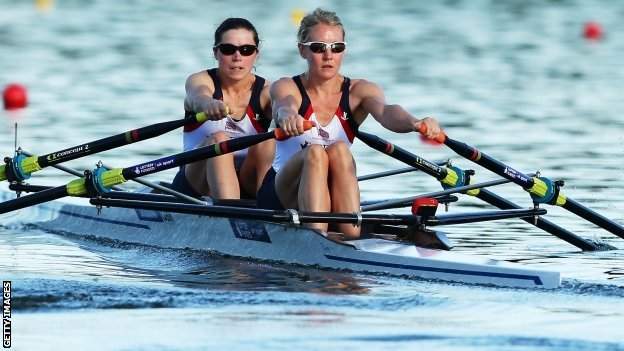 Britain will now compete in 12 out of the 14 Olympic class events in Sydney.

The World Cup debutants were both in contention for the first 1300m before slipping back off the pace over the last 700m stretch of water.

In the repechage rounds, Twyman and Walsh were in impressive form and led from the first stroke.

Their Australian coach, Paul Reedie, gave them instructions to keep the pressure on until the final stroke, and his crew duly obliged, heading Australia by over six seconds.

Rodford and Thornley in the open weight double had to battle through a tight race to beat the strong Chinese and American crews.

But they went through to join their team-mates, Frances Houghton and Victoria Meyer-Lake, in the final.

The exertions of competing in the women's eight took their toll on Greves and Eddie, whose last-minute charge was not quite enough to reel in Australia in the pairs.

But the duo did enough to join Polly Swann and Olympic champion Helen Glover in Sunday's final.