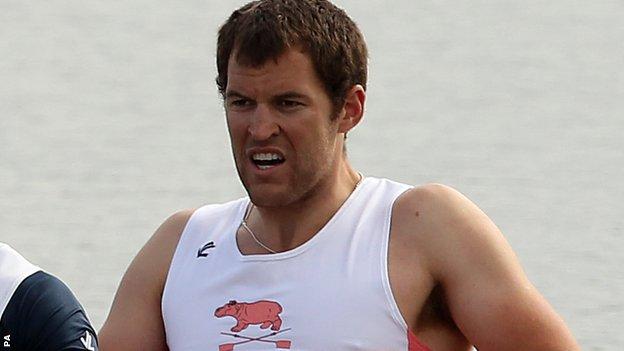 Great Britain rower Dan Ritchie will continue to the 2016 Olympics in memory of his brother, who died last year.

The 26-year-old from Herne Bay, Kent, was part of the men's eight that won the opening 2013 World Cup race in Sydney on Sunday.

"I'm quite religious and before the race I usually pray, so I said one for my little brother," he revealed.

He then collapsed in September and was rushed to hospital with a heart scare before his brother suffered a sudden seizure and died in December.

"Thinking of Aaron got me fired up more than I thought it would and towards the end of the race I welled up quite a bit," he revealed.

"It's nice to start 2013 so well after everything that happened last year and now I'm looking forward to the rest of the season."