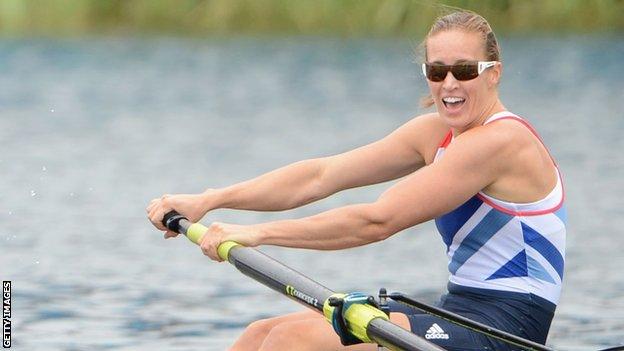 British rower Helen Glover says she has committed herself to competing at the 2016 Olympics Games in Rio.

Glover, who on Wednesday received an MBE for services to rowing, won gold with Heather Stanning in the women's coxless pairs at the London Olympics.

"I plan on hopefully getting to Rio if I'm good enough and that's the big goal," Glover told BBC Radio Cornwall.

"Some people across all sports are unsure if they are going to carry on but it's my long-term plan."

"I don't think it gets any bigger than a home Olympics so those who competed at London aren't sure what they want to do," she added.

"Four years is a long time to commit yourself when you have to make all the sacrifices that are needed.

"All people see is the seven minutes of the race - they don't see the daily grind of training now, next year and the year after that."