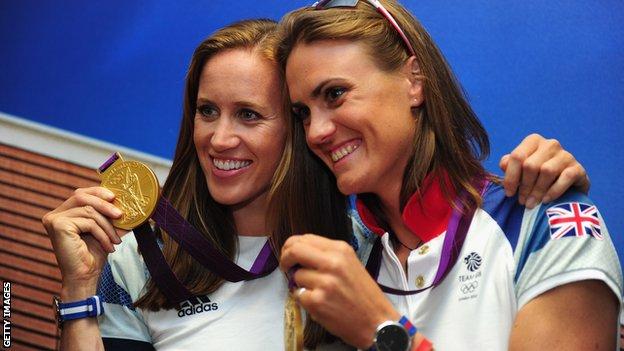 Olympic champion Heather Stanning has been ruled out of this month's European Rowing Championships in Belgrade after showing signs of fatigue in training.

Stanning, 29, won pairs gold with Helen Glover at London 2012 before returning to active duty with the British Army, including a tour of Afghanistan.

Stanning and Glover reunited in their first race together since London 2012.

"We have decided to take the pressure off, knock back her training and we think that will open the opportunity for a swift return to top form," said Sir David Tanner, GB Rowing's performance director.

"We are sure that Heather will be back on song soon. We will now consider our options in terms of the open women's squad before finalising the selections for Belgrade."

Stanning, who lives in Reading, Berkshire, said: "I am clearly disappointed not to be travelling with the team to Belgrade and I wish everyone luck out there.

"I am still training and will focus on the programme I've been set to regain intensity at the very top end of the percentages".