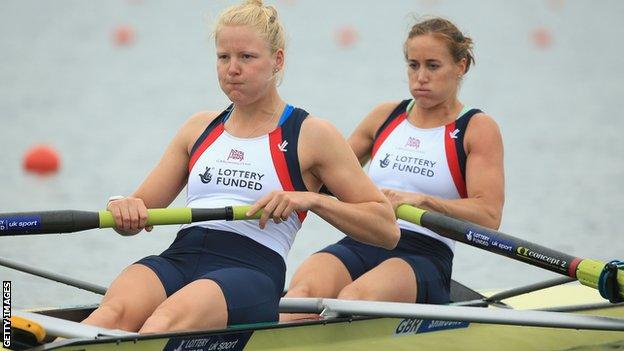 Helen Glover expects her partnership with Polly Swann to develop quickly as they prepare for the European Championships in Belgrade.

Cornish-born Glover was meant to be back with winning partner Heather Stanning, but

"We had a whole year together last year so hopefully it'll click into place," she told BBC Radio Cornwall.

"It's clicking into place fairly easily, we just need to get back onto the same page technically and get doing the same things."

Glover and Swann won three World Cup events together last season as well as the world title in South Korea.

And with a good performance in Amsterdam, Glover says there could be some tough decisions for the Great Britain selectors as to who partners her in the coxless pair for the rest of this season.

She said: "It's going to be a quite interesting one with Heather coming back after taking a year out with the army and Polly staying here.

"There's lots of selection things about who will be in the pair out of those two.

"But I want to keep my eye on the World Championships at the end of August in Amsterdam.

"It'd be great to try and hold on to our world champion title, whoever else is in the boat with me."