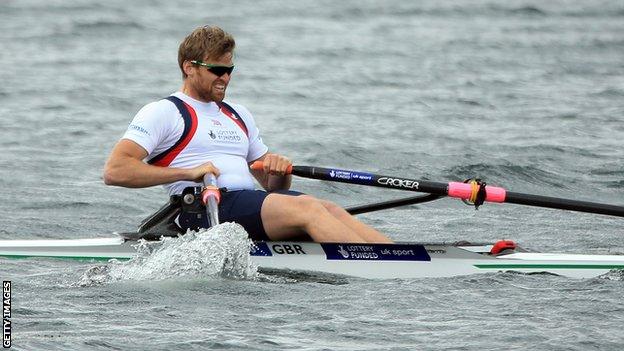 Alan Campbell finished first in his heat to qualify for the semi-finals of the men's single sculls at the European Rowing Championships in Belgrade.

The Coleraine rower clocked a time of 6.52.58 to go through to Saturday's semi-finals.

Peter and Richard Chambers are through to Sunday's final of the Lightweight four, winning their heat in 5.58.07.

Like Campbell, they led from start to finish in the GB boat alongside Chris Bartley and Mark Aldred.

The Olympic bronze medallist was delighted with his race and said: "the plan was to be steady".

"I feel I executed it well and now I'm looking forward to a little rest before the semi-finals tomorrow."

Enniskillen's Leonora Kennedy and partner Lisa Dilleen, rowing for Ireland, were second in their heat of the Women's Pair with a time of 7.18.77, four seconds behind the Romanian winners Cristina Grigoras and Laura Oprea, and go into the repechage on Saturday.