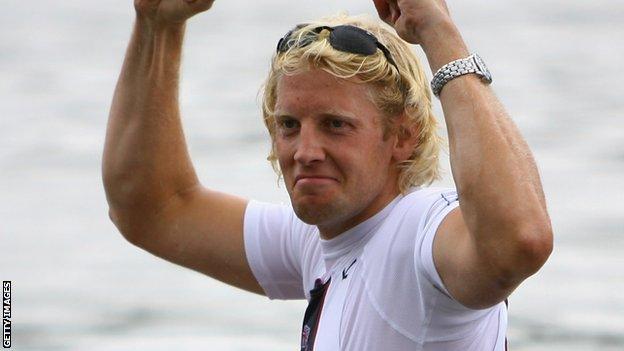 "Today we were more than 90% there and it was a good race and something we can learn from," said Triggs Hodge.

But their equivalent men's duo, William Fletcher and Jamie Kirkwood, were edged into fifth place in their semi-final and failed to qualify.

Reaching the final represents a major achievement for Copeland in her first regatta in two years.

The 23-year-old, who took a break after winning a shock gold with Sophie Hosking in London, has said she intends to defend her Olympic title in Rio.

A further eight GB crews came through their semi-finals and repechages to reach Sunday's finals and join the five that qualified on Friday.

They include Charlotte Taylor, who won her lightweight single sculls semi-final only four years after taking up the sport.

Jonathan Clegg and Sam Scrimgeour took second in the men's lightweight pairs, Adam Freeman Pask sprinted for the line to edge Greece into fourth and qualify for the men's single sculls, while Jonny Walton and John Collins also finished third in the double sculls semi-final.