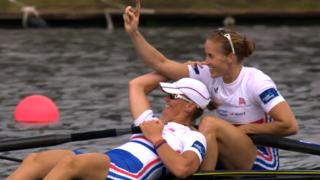 The Britons claimed gold in a time of six minutes 50.61 seconds to shatter the previous world record, set in 2002, by three seconds.

It is the duo's first world title as a combination, after Stanning reunited with Glover following a stint in the Army.