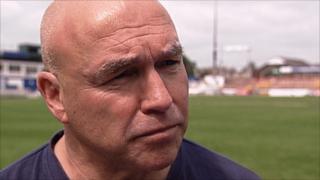 Wakefield head coach John Kear says hearing that the club had secured their Super League status was like having an out of body experience.

The Rugby Football League announced the 14 clubs to take part in the 2012-14 seasons at Old Trafford on Tuesday.

Kear believes everyone had written off his team but says he was confident that they had a "great" application.