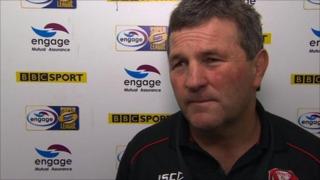 Saints twice came from behind to win 26-18 and claim a place in the Grand Final for the sixth year in a row.

Australian Simmons thinks the sport will receive a massive boost after two pulsating play-off games in as many days, as Leeds upset Warrington on Friday.