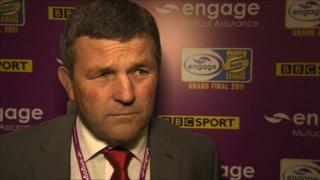 Leeds too good for us - Simmons

The Australian says the loss is hard to take but believes Leeds were just too good for them.

It is the fifth consecutive Grand Final St Helens have lost and four of those have been against Leeds Rhinos.