Sam Tomkins scored four tries as England kicked off their Four Nations campaign with a comfortable victory over Wales at Leigh.

Two tries from Wigan Warriors full-back Tomkins and one from Hull's Kirk Yeaman put the hosts 14-0 up at the break.

Tomkins completed his hat-trick and added another before Jack Reed, Chris Heighington and Gareth Widdop scored.

Bradford's Elliot Kear was the solitary scorer for Wales as they suffered their eighth consecutive defeat by England.

The hosts will be happy to begin the campaign with a win, albeit against a Wales side that did not cause them too much trouble.

But despite the flattering scoreline, England made a number of unforced errors, something which will be of concern to coach Steve McNamara with sterner tests against Australia and New Zealand to come.

England began the game in barnstorming fashion as Ben Westwood smashed Jordan James with a huge hit. The home side claimed possession and Tomkins went in for the first try from Rangi Chase's pass, with barely 50 seconds on the clock.

Wales' talisman Lee Briers was getting more time on the ball than he would have expected, sending some testing kicks towards the England backline. Tomkins caught the first high bomb cleanly, while the visitors could muster nothing after a 40-20.

But Tomkins was making the difference with his finishing, scoring for the second time with a neat dummy, after combining with Leeds captain Kevin Sinfield.

Wales were dropping the ball too many times when in possession, allowing Sinfield and Chase to run the game from the halves. The two exchanged passes to put in Yeaman, who dived over for England's third.

The second half began in much the same way as the first ended, with both sides dropping the ball on several occasions, and no flow to the game. 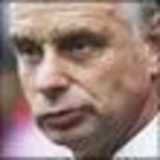 You have to get certain fundamentals right when you play against the southern hemisphere sides. England will have to look after the ball better in their own half. The New Zealanders and Australians really get into each other and you have to raise your level of intensity to scrap for the ball on the ground. England on the front foot can be as good as anyone, but they have to clean up their kicking game.

However, direct running from Australia-based Gareth Ellis saw him break the Welsh line on 50 minutes, before feeding the supporting run of Tomkins, who touched down for his hat-trick.

This international appearance was a much more pleasurable experience for the Wigan man after being roundly booed by the England fans in the match against the Exiles in June.

The gap between the sides was beginning to open up now and a sweeping move from the home side was finished off by centre Reed after being found by Westwood.

Wales' confidence wilted and they were tiring from the constant pressure. Briers' mistake from a goal-line drop-out was duly punished by England, as Sinfield found Tomkins who went in for his fourth try.

The travelling Wales fans finally had something to cheer about, as they got on the scoreboard.

A quality passing move from the Welsh side eventually saw the ball find the hands of Bradford Bulls' new signing Elliot Kear, who finished off by touching down in the right-hand corner.

England were not done, though, as Heighington went in between the posts and Widdop caught Wales on the break to finish off the rout.