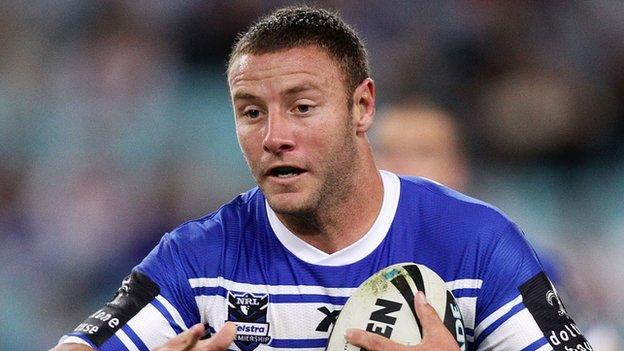 Hull KR stand-off Blake Green looks set to miss the start of the new Super League season after undergoing treatment for a blood clot in his leg.

The club said the Australian, 25, would be assessed by medics again this week.

"Blake's health and well-being is our primary concern. He will not be available for selection until further notice," a club statement said.

Hull KR open their 2012 season with a trip to Grand Final winners Leeds Rhinos on 3 February.

The statement added: "Blake is receiving treatment for this condition in line with medical standards of best practice and further investigations will take place over the coming few days.

"Out of respect to the player, the club will be making no further comment on this matter."

Green, who joined the Craven Park club from Australian side Canterbury Bulldogs last year, missed just one of Rovers' 27 matches in his debut season and scored 12 tries.