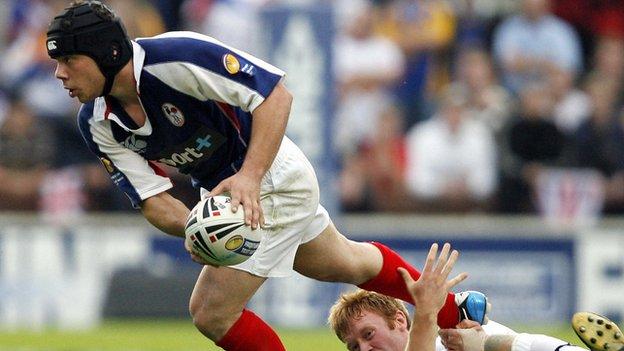 Catalan Dragons have been rocked by a quadruple injury blow which will see them start the new Super League season without a specialist winger.

"We're four wingers down, which is not what we expected," said Dragons coach Trent Robinson. "But that's footie."

Pelissier faces an eight-week lay-off after breaking his jaw, Robinson admitting: "He did it in his first tackle but played on for about 30 minutes until the medical staff realised it was pretty bad.

"They are deciding if it needs a plate or a pin but at least he will be able to train while it's healing."

Robinson may also need to find a new captain for the Dragons' Super League opener against Bradford on Sunday week (5 February), as loose forward Mounis is battling to be fit after suffering cartilage damage against the Broncos.

Stacul will be out of action for up to 12 weeks with a broken ankle, while Vaccari is due to to see a specialist following initial fears that his knee injury could keep him out for at least two months.

And, with last year's top try scorer Blanch still recovering from wrist surgery and Negre ruled out for the entire season after rupturing his cruciate knee ligament, Robinson is likely to play centre Vincent Duport and full-back Clint Greenshields on the wings.