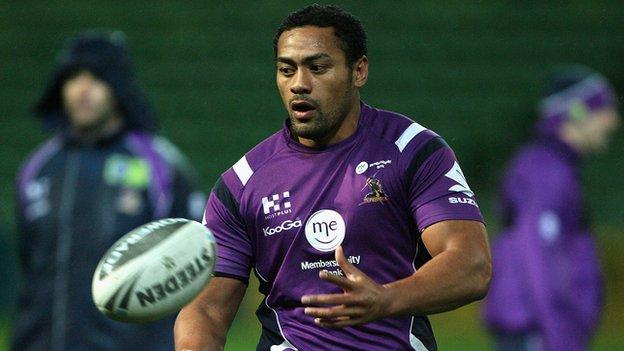 He has signed a one-year contract, subject to him receiving a visa.

"John is a big man and a good athlete and I'm confident he will do a great job for us," said Widnes coach Denis Betts.

"Moving to the other side of the world and to another competition isn't an easy decision for a young man to make but John is looking forward to the challenge and is backing himself to make an impression on Super League.

"He's been training with Canterbury back home and will arrive in good shape and ready for action."

The six foot five, 18-stone Kite played for Canterbury Bulldogs in 2008 and 2009 before joining Melbourne, where he was released after making only three senior appearances in two injury-hit seasons.