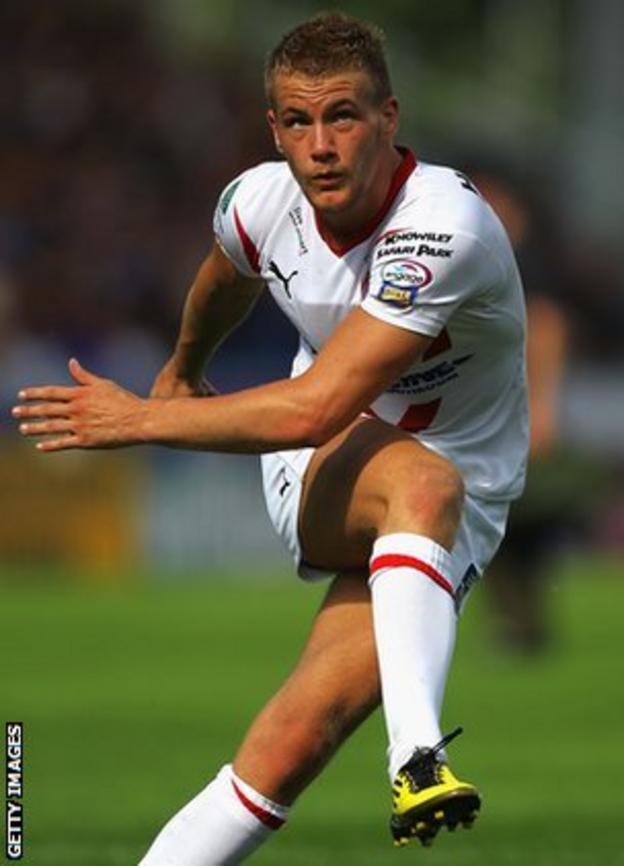 St Helens fought back from a half-time deficit to open their Super League season with victory at London Broncos.

Early Saints tries from Jonny Lomax and Andrew Dixon were cancelled out by Michael Robertson and Olsi Krasniqi in a closely fought first half.

But the Broncos led 18-16 at the break when Michael Witt converted Chris Bailey's score.

As well as scoring the clinching try, Roby also set up two others to help last season's Grand Final runners-up start their new campaign in the best possible fashion.

The Broncos, who had been called Harlequins for the past six seasons, fielded seven debutants in their starting line-up, while Saints handed first starts to new signings Lance Hohaia and Anthony Laffranchi.

After The Stoop pitch passed a morning inspection, it was the visitors who roared out of the blocks as Roby sliced open the home defence for Lomax to score.

Robertson pounced on Witt's clever kick to level, but Saints regained the lead when, after Broncos were penalised, Dixon stepped inside Luke Dorn to crash over.

Foster extended St Helens' lead with a penalty but Krasniqi muscled past three tacklers to reduce the arrears.

Another Foster penalty nudged the visitors further ahead, but Saints found themselves behind at the break when Witt landed the conversion after Bailey capitalised on Craig Gower's clever chip on the last tackle.

But it did not take long for Saints to regain the lead after the restart as Roby set up Foster to score in the corner before Meli touched down after Robertson made a mess of collecting Lee Gaskell's grubber kick.

Witt pounced on a loose ball to set up a nervy finale, but Roby made sure of Saints' victory when he wriggled over late on.

"I think that game was there for the winning and it is a real shame we did not pick up the win.

"We gave as good as we got and I thought we looked the fitter side throughout.

"I don't think we committed suicide or anything like that - we just needed to make the most of the chances when they came our way.

"But there were a lot of positives out there and plenty for us to take forward."

"My word that was a hard one. We really had to pull things together at half-time and turn it around.

"I thought we were too safety-first at times and that allowed them to get numbers in the tackle area.

"There are definite areas we have to look at - our kicking game for one was not the greatest.

"I need to give the Broncos credit as they have a good pack of forwards and made it a real contest."