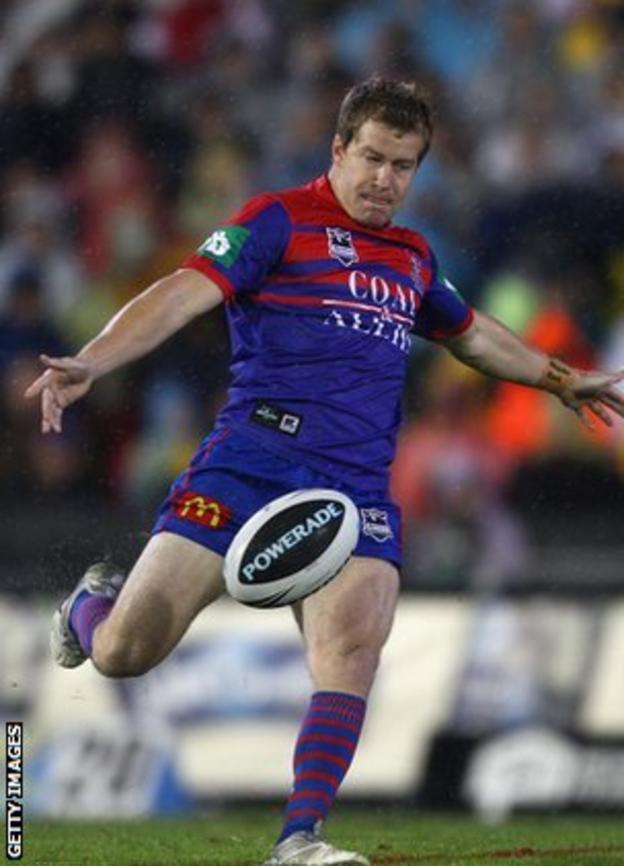 The visitors led 20-0 at the break at Odsal, Dureau converting tries from Jason Baitieri, Clint Greenshields and Thomas Bosc, before adding a penalty.

Catalans remained on top after the break, with tries for Setaimata Sa and Daryl Millard before Jamie Langley crossed for Bradford's first try.

The Bulls may have regretted their decision to do everything in their power to ensure the game went ahead after a big danger of it being postponed when several inches of overnight snow lay on the Odsal pitch.

But, thanks to countless volunteers helping to clear the snow, the start was only delayed by 30 minutes.

The Bradford fans who took part may be wishing they had not bothered as they watched their side crumble to such a heavy defeat, reminiscent of last season, Catalans scrum-half Scott Dureau playing a key part, setting up two tries, as well as kicking 10 points.

Second rower Louis Anderson made his first Super League appearance for the visitors, who were without injured former Bradford favourite Leon Pryce.

But the Dragons showed no signs of missing their first English signing from the moment that Dureau's jinking run started off the move which led to Baitieri's opening try on seven minutes.

Greenshields then latched on to Ian Henderson's pass before sprinting 40 yards to go under the posts and then Dureau burst through a gap before unselfishly laying off to Bosc for the third try of the afternoon.

Dureau made it three from three with the boot, adding a penalty shortly before half-time to give his side a formidable 20-point advantage at the interval.

Within three minutes of the restart, Sa bulldozed his way through to extend the Dragons' lead, before Dureau produced the highlight of the match, dummying into space before his grubber to the right wing allowed Millard to crash over.

Langley ensured that Bradford would not be blanked when he scrambled over on the right, only for Raguin to respond by finishing off a free-flowing passing move along the left three minutes from the end for the visitors' sixth try of the afternoon.

Bradford had the last word when Kear went over right on the hooter, Gale adding his second kick, but it was scant consolation.

"We were beaten down the middle so it does worry us. There were times where we showed a bit of fight but they were just a little too big and strong for us.

"They're strong all across the park and they've got depth in numbers and quality, so they'll be a team that'll be tough to beat.

"There was a whole heap of volunteers who came down and tried to clear the pitch and make it playable. It wasn't a bad surface underneath so credit to a lot of people who helped us get the game on."

"I didn't find it easy. I thought we worked really hard on our defence to get that feeling in attack. Our attack was patchy at times but I thought our defence was pretty solid.

"I didn't think we were working hard enough. We just weren't pushing enough around the ball and we had two good talents

"But I thought Ian Henderson worked really hard for a really nice play for the second try, a really strong dummy-half carry."