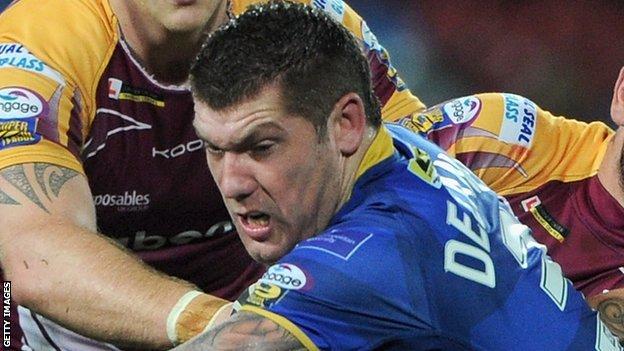 The 26-year-old Australian was out of contract this autumn but will now remain at Headingley until at least the end of the 2015 season.

The former Gold Coast Titan, who joined the Rhinos in 2010, said: "I love being at the club and want to be part of it going forward.

"If I enjoy the next four years as much as I have enjoyed the last two, it will be a special part of my life."

Since joining the Rhinos, Delaney has appeared in two Challenge Cup Finals and won the Grand Final last season.

"When I first signed for Leeds we had just won three Grand Finals in a row and now I am pleased to have got a ring myself last year," he continued.

"We have got Manly in a fortnight in the World Club Challenge and that is massive for us. Manly are a top-class side and we want to challenge ourselves against the best team in the NRL."

Rhinos head coach Brian McDermott added: "Brett is still young enough for us to do lots of improvement with him.

"His default setting is lots of hard work and tackles and he has added other qualities to his natural game over the years that we can play on the back of.

"He has really bought into the Leeds culture which is rare these days for overseas players, who generally only come for short spells at clubs.