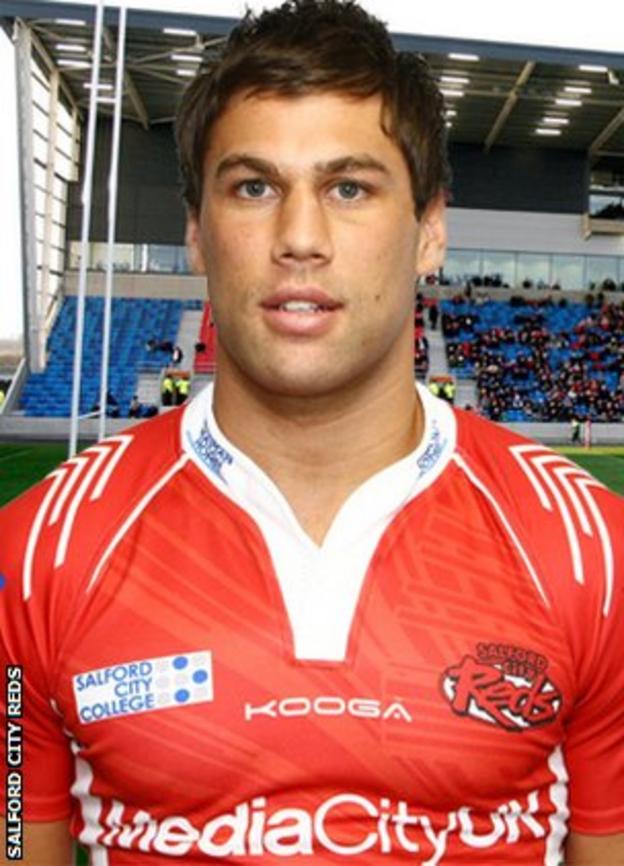 Salford City Reds centre Joel Moon could be out for up to two months after breaking a bone in his hand.

The 23-year-old, a summer signing from New Zealand Warriors, was taken off in only his second appearance for the Reds, Friday's 38-10 loss at St Helens.

"His hand is currently in a cast and he's seeing a specialist today," said a Salford spokesman. "We expect he could be out for up to two months.

"It's obviously a big blow for us and Joel so soon after his ankle break."

Stuart Howarth and Shannon McPherson, who both suffered injuries during the same game, are expected to be fit to face Widnes this Sunday.