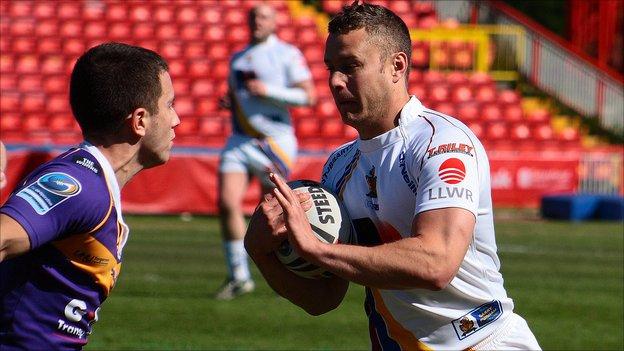 Whitehaven head coach Don Gailer has described his side's performance in the 34-18 Northern Rail Cup defeat by Hunslet as 'disgraceful'.

Haven conceded six tries at South Leeds Stadium, the last of which denied the Cumbrian side a bonus point, and scored only three tries in response.

"I told the boys it was the most disgraceful effort I've seen," Gailer told BBC Radio Cumbria.

"I wouldn't expect that effort from under-12 footballers."

Gailer arrived at Haven as replacement for the departing David Seeds during the summer and inherited the bulk of a side that finished in the play-offs last season.

"We gave away enough ball to lose three games, and I told the players I think they should dig into their pockets and give our supporters their entrance fee back.

"I'm that upset and disappointed in the players because they let themselves down, the structure around them down.

"All the work we've done in the last 12 weeks crumbled out there because we didn't pay enough attention to the football."