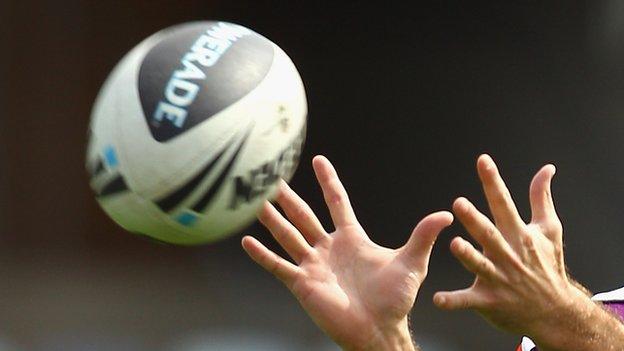 The trio have been dropped for Sunday's Super League home clash with Salford City Reds.

Former England hooker Moore, 24, and Cahill, 25, joined the Vikings from St Helens and Crusaders respectively in the close season.

Finnigan, 30, is in his second spell at Widnes having previously played for Salford, Bradford and Huddersfield.

A Widnes statement said: "Widnes Vikings has suspended Scott Moore, Hep Cahill and Simon Finnigan for a breach of club discipline. No further comment will be made."

Since making their return to the top flight, the Vikings have lost their opening two Super League matches.