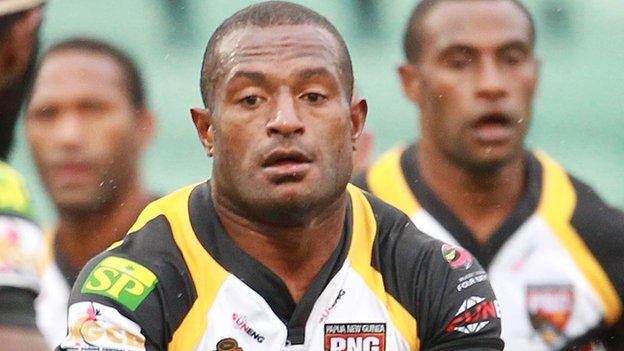 Whitehaven have signed the Papua New Guinea international duo of Glen Nami and Jesse Joe Parker for the 2012 Championship One season.

Parker was due to join Wakefield from Featherstone for the 2011 campaign but the Yorkshire club backed out when he missed pre-season training.

Both deals are subject to visa approval which is expected within the month.

"We're delighted to have these two players sign contracts subject to visas, and should join us within the next three or four weeks."

The pair are also of Papua New Guinea extraction, based in Gailer's home state of Queensland in Australia, but have not represented their national team.

"We've been fighting with the rugby league to bring Bond and Butterfield to Whitehaven," chief executive Barry Richardson said.

"We went down as recently as three weeks ago and mad vigorously our case, based on two players that were admitted by the RFL to other clubs.

"But it looks unfortunately that the RFL don't believe our case will be successful, so we had to move quickly."