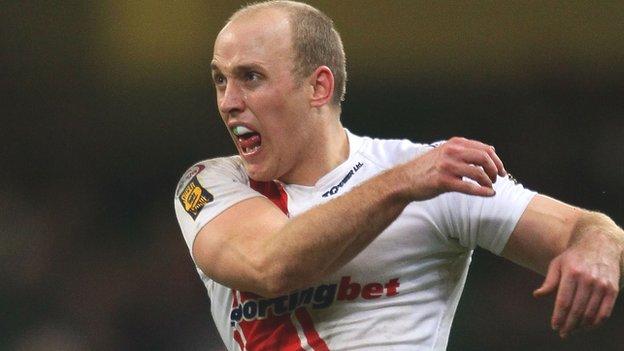 Hull KR hammered sorry Widnes to leave their opponents still looking for a first win of the season.

Lincoln Withers crossed over early on and Jake Webster added to this score minutes later.

Replacement Scott Murrell went over in his first meaningful action before Craig Hall's try made the half-time score 24-0.

Hall grabbed his second of the day in scrappy fashion and Josh Hodgson rounded off the win late on.

It was a successful day for Michael Dobson, who kicked all six goals.

For Widnes the result, which would have been greater but for errors in the KR attack, leaves them rock bottom with a points difference of -162.

After Withers wasted a chance to extend the lead, Shannon McDonnell sent Webster away and he ran in for his first try of the season.

The Vikings had a chance to get on the scoreboard when Hall's handling error gifted them possession close in but they were unable to capitalise.

Hall atoned for his error by releasing Murrell and the replacement made the most of the treacherous conditions to slide over between the posts.

It was not long before Hall got in on the act himself, spotting a gap in the Vikings defence after a scrum and darting through to leave the hosts well in the clear.

He notched his brace when he did well to get on the end of Dobson's kick through.

The hosts saved their best try until the end, Scott Taylor running from his own five metre line to the Widnes 30 before passing to Hodgson who did the rest.

Rovers were without second rower Con Mika through suspension, while new Widnes arrivals Cameron Phelps and Sione Kite, available after running into visa problems, were kept waiting for their debut after being left out of Denis Betts' 19.

This was the first Super League clash between Hull KR and Widnes, their last meeting having been in the 2006 National League One Grand Final at Warrington, which Rovers won 29-16 to clinch promotion to Super League.

"I'm not taking too much from the game. I was happy with our defence keeping them scoreless but really in those conditions I was just happy to get the two points.

"We've been heavily criticised for leaking too many points so it's nice to not concede a try."

"The conditions shocked us more than they shocked them.

"It got them on the front foot. Once everyone was cold, they were hanging on for dear life.

"The conditions and the wind set the tone for the game. Hull KR made a real good choice when they won the toss and played with the wind in the first half.

"We had a shocking first half and we just couldn't get going in the second half with the conditions."